ELASTX – The Swedish Answer to Amazon

ELASTX is a Swedish provider of cloud services that combines app development and delivery in order to shorten the time from the first coding, over testing to operation.

Conscia has implemented and handles the support for Cisco’s software controlled ACI network at ELASTX.

ELASTX was founded in 2012 and has since grown into a major Swedish cloud service and server center. It has benefitted from the trend in both the private and public sector towards storing databases on the internet. In many ways, ELASTX can be perceived as a local Nordic competitor to Amazon Web Services.

To make a strategy based on DevOps and Continuous Delivery succeed, it requires a standardized infrastructure and automated processes. In that way, a stream of tests and implementations can take place without any interferences in the daily operation.

In 2014, ELASTX launched an infrastructure service called IaaS that was based on the Openstack framework. It went well on one part but didn’t meet expectations on the network side. It was too complex and not sufficiently scalable. It didn’t offer the response time which was needed in a smoothly running network.

ELASTX called in Conscia for help and support. The resulting solution was to implement Cisco’s software defined ACI network. Compared to traditional routing, where a VLAN opens towards many different servers and the data traffic follows the physical network – ACI’s software-controlled traffic will always follow the application.

When an ELASTX customer starts a new server, Openstack communicates with the software-controlled network that opens automatically towards the nearest switch and the rack where the server is placed. This method creates a higher insulation of the traffic as it runs only towards the gate where the targeted server is installed.

ELASTX’ cloud architecture makes it easy to test and implement applications. It can also offer to monitor and provide qualified trouble shooting in the applications. The architecture is so automated that a technician can handle 2.000 servers.

To improve the accessibility and minimize risks from possible operational problems, ELASTX’ cloud is built as a database cluster that runs in parallel in three data halls. This, however, requires very short response times because every database query must be answered by two databases at the same time.

This can be achieved by a very fast network where ACI from Cisco places the routing directly in the switch hardware. Such a solution accelerates the speed significantly compared to the usual way where Openstack lets the routing take place in the servers’ software.

“The whole set-up can seem complex – and it is. That’s why we need the extremely competent networking guys and consultants from Conscia. They help us keeping it all together,” explains Joakim Öhman who is the CEO of ELASTX.

Conscia were the first company in Sweden to have staff certificed as CCIE in Data Centres. Conscia has still most consultants with that certification. 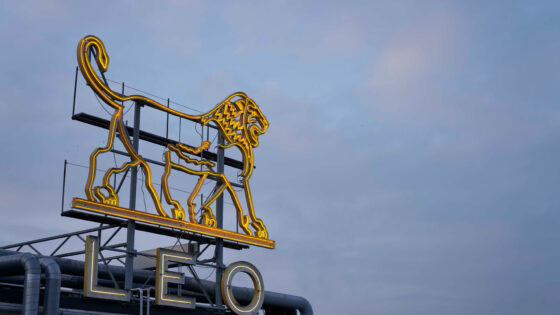 LEO Pharma has rolled out SD-WAN on 60 locations worldwide in the midst of a global shutdown. This has resulted in significant economic savings and...
Read more

Is the Internet your blind spot?

Watch the free webinar and learn how you can use ThousandEyes to troubleshoot problems with Microsoft 365 applications. Gain full insight into your employees' user...
Read more
Find more in our Knowledge Library