The people that make IT happen – Conscia introduceert nieuwe bedrijfsbrochure 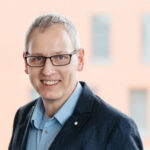 I know, I know. It’s milk, not milc. But that kind of breaks the joke (I can hear you all laughing…). Because this story is about MILC, which I will explain later. And what does a cow have to do with Wi-Fi anyway. Getting your Wi-Fi network to perform at its best does not only rely on the Wi-Fi infrastructure. As with any network, the worst device can really put its mark on the general quality experience. And it can get ugly real quick. Still no milk but I’m getting to that. 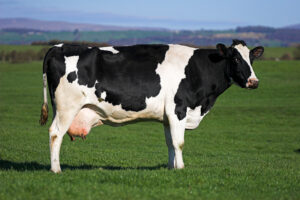 Let‘s start with that cow. No, not that 4-legged grass-chewing one. I mean a CoW or Computer on Wheels. It’s very common in healthcare and is basically a laptop with an external screen, mouse and keyboard on a cart. So far so good. But then that laptop needs to access some data while moving around from room to room. And it needs to be protected from all kinds of stuff that might spill over it. So it’s put in an enclosure. Made of metal. Blocking the Wi-Fi signal. Now the Wi-Fi network is blamed. Bad design, bad product, bad everything. You get called in, checking what’s wrong and find out the Wi-Fi network is up to specification with regards to the requirements. Even that laptop has been tested and the Wi-Fi design was adjusted to that. But then someone made the decision that the carts in use needed to be replaced with something better. Same laptop, so what could possibly go wrong? Well, I’m sure you guessed it by now and it shows that with Wi-Fi you need to take into consideration as much as you can, which includes something like enclosures and other signal-blocking elements. Wi-Fi is like light. Did you know it’s even the same type of radiation? That being said, would you put a light under a desk? Or above the ceiling? Would you take your notepad and sit in a closet? No, of course you wouldn’t. Makes no sense, right? You want the light where the users are. Well, it’s the same with Wi-Fi. 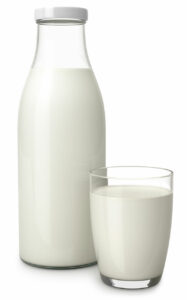 There are always clients in your network that are the most important but also tend to be the worst ones. Guess what those are called in our jargon filled Wi-Fi lingo? MILC ! That’s right, it’s the Most Important Least Capable client.

The reality is that all clients are not created equally. And as a bonus, things change along the way. Just like that cart that was swapped out. But let’s focus on the client for now. Wi-Fi clients have antennas to send and receive radio signals. Depending on the client, these can be very small like in smartphones or a bit bigger and better positioned as in laptops. These antennas receive the Wi-Fi signal with a certain level and bring it into the Wi-Fi chip. There are some cables and connectors there that contribute to the level and quality of the received signal. Not much you can do about that since it is usually built into the device. Here’s the thing: Even having two of the same devices can result in different levels of received signal at the chip. Sometimes for obvious reasons like the example of that metal enclosure. Other times there’s no real reason other than it must be something internal to the device like a bad connector. And then there’s the difference between one type of device and another. The amount of signal a device receives is paramount when it comes to the quality of experience and being able to operate all together. Usually, this is measured by these fancy dials in a device, such as those bars or arcs in your laptop or smartphone. In reality, those bars should at best represent something called the RSSI or Received Signal Strength Indicator. It’s a measurement often expressed in dBm which is decibels referenced to one milliwatt. How that works is not important for now. But what is important to know is that in order for the device and the application to work properly, the RSSI should be high enough to be able to process the information within the transmission. Let’s forget about SNR and other fancy stuff for now since I want to focus on the clients specifically. A good received signal is somewhere along the lines of -67dBm or higher (that’s closer to zero). So getting to know that number in a client is what you want since that will give you a reasonable idea of how good that client receives the Wi-Fi signals. 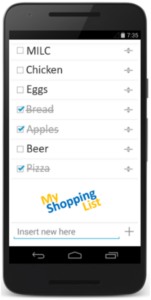 First of all, to do this you need clients. Make a list, check it twice. Figure out which client plays bad or nice. Ok, that was terrible. But the idea is not. Get a list of the most important clients in your environment. You should know which are the ones that need to work all the time. VoIP phones, tablets, scanners, etc. Make a list of their capabilities like supported band and technology: is it a 802.11b only client (I hope not!), is it 802.11ax in 5GHz, still 802.11n in 2.4GHz? Then add to that list what application it must run and determine its importance. Now you have a shopping list that has MILC on it!

Next you want to start measuring the received signals and get a general coverage plan of the environment. How do you do that? Make a comparison! Client RSSI versus calibrated measuring equipment is important to know and it determines what offset will be used when surveying the premises. So start out by measuring the current Wi-Fi signal strength using a calibrated device such as an Ekahau Sidekick.

I won’t go into the details, but eventually you end up with a good picture of the signal density in your testing environment. Next, put the calibrated device near the device you want to test. Best is to have some reasonable distance between the access point and device, since signals drop logarithmically. Even testing at several distances is good practice. Unfortunately, a lot of clients won’t show you the dBm you are looking for. Android phones have a bit more options here with apps in the Play Store. iPhones are limited in that sense. Laptops have different ways of showing the dBm value. MacBooks have some good options, Windows likewise. Make a record of the value measured and write that down. Try and take multiple measurements and possibly with several of the same devices. And I mean same make and model and even same software level. Compare the values with the measurements taken by the calibrated device and now you have the offset. Don’t be surprised if this difference is 5-10dBm.

So let’s say your laptop shows a signal of -69dBm whereas e.g. the Sidekick shows -64dBm, you now have an offset of 5dBm. If you want your network to operate at -65dBm for this client, you should survey at -60dBm when using that Sidekick to compensate for the difference. If that laptop is your MILC and you deploy your network accordingly, usually it will be more than good enough for your other (better) clients.

So there you have it. No problem, right? Well, just this one last remark: usually a WLAN gets a refresh every 5 years or so. Do you replace your clients along with it? Often that is not the case. And if you do swap out clients, do you upgrade them to meet the standards in use with the new WLAN? It’s like the chicken and the egg (oh boy, it becoming a full blown farm by now). Upgrade your WLAN with the latest standard, later swap out clients and guess what? How will they perform? Did you test those clients and will the specs meet up with the design? If all is equal, usually a laptop with the same technology will outperform a tablet and a tablet is usually better than a phone. But here’s the trick: a tablet with the latest technology, like 802.11ax (I mean Wi-Fi 6), can easily outperform a beefed up x-stream laptop using 802.11n or even 80.211ac (that’s Wi-Fi 4 and 5…). In other words, testing clients is not a one-off thing. This blog explained about the differences in client-quality but there’s a lot more to it. Bandwidth requirements, applications, overall network quality and lots more.

And that’s how you milc a cow. Well, in the Wi-Fi world anyway.

At Conscia, we offer a WLAN Health check as a consultancy service. After one or more workshops we gather the required information to analyze the WLAN network and report back to you with a thorough report on the status and quick wins. Additionally, we can assist you in defining the MILC, testing new devices or help you define and deploy use cases such as back-to-the-office, all wireless flex-office, IoT solutions, etc.

Feel free to get in touch to see how we can help you get your network to perform better and prepare for the future. 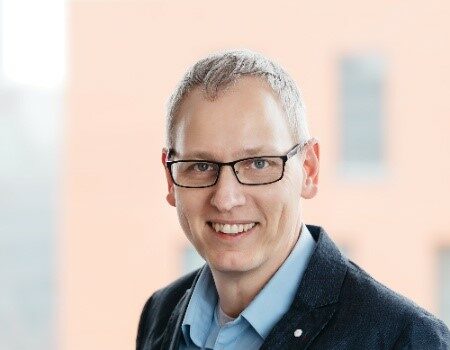 Arjan has been part of Conscia since 1996. End of the nineties, Arjan was fortunate to take his first steps into something new at the time. With the catchy name of 802.11 Wireless, Arjan ventured into a world no one could imagine how it would change the way we work. We now call it Wi-Fi. To this date, Arjan lives and breathes Wi-Fi technology, its features and possibilities, and has managed to become CWNE #325 in 2019. 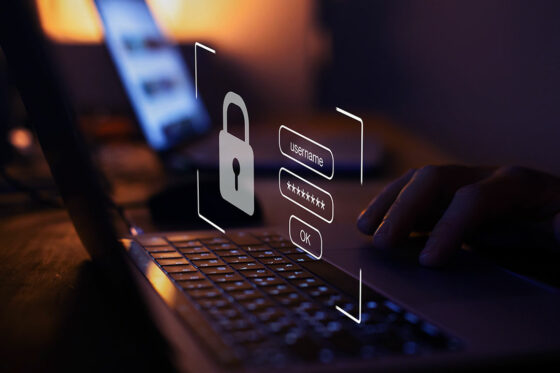