Home » Blog » What is Wi-Fi 6E? – A big step forward in Wi-Fi communication

It is like a famous children’s song ‘Twelve little monkeys jumping on the bed, one fell off and bumped his head…’, learning how to count down.

It’s the new naming convention for the well-known Wi-Fi standards that reminded me of this little song,  it just popped into my head. I’m talking about Wi-Fi 4, Wi-Fi 5 and now Wi-Fi 6. And yes, Wi-Fi 7 has already been mentioned. And then there is also Wi-Fi 6E. No, 6E. In this case, I am not happy with the auto correction. Not Wi-Fi 6A as the successor, but 6E with the “E” of Extended.

Actually, the name is not that bad: 6 Extended. Although it suggests certain possibilities that are somewhat more nuanced. So what’s ‘Extended’ about this new standard? It is about the frequencies that we will soon be allowed to use. Wi-Fi 6E will be fully focused on the 6GHz frequency band. Extended, with regards to the 5GHz band, but not  stretched into 6GHz. The latter is an important point. Because the channels used will not continue to run from 5GHz to 6GHz. No, we will just start over. And then really all over again, at channel 1. So soon there will be a channel 1 in 2.4GHz and one in 6GHz, which of course is a big difference (about 3500 Hz!). It does not make things any easier. Anyway, a whole new frequency band is not bad. Fewer sources of interference, more spectrum and thus more channels. A lot more channels. I In Europe however, , under the ETSI regulation, the  spectrum will be limited to 480MHz so we won’t be able to use the full 1200MHz of spectrum mentioned here and there. The latter is currently only reserved for America (under FCC regulation). Even so, 480MHZ is still very nice, because this means 24 channels of 20MHz will become available in a very clean band. Still quite a few! This also brings the more practical use of bundled channels into the picture. Something that was difficult until now, especially with the 80 and 160 MHz channels in 5GHz. And wider channels is of course synonymous with more …

Always more bandwidth. With every new standard it is called out. ‘Now even faster!’ ‘Gigabit over Wi-Fi!’ ‘Unprecedented high speeds!’

I have tried to keep this a bit more realistic, but I also have to give in to it now. With the arrival of the extra space in 6GHz, true high speeds are now coming into the picture. The use of 80MHz channels certainly seems feasible, however the use of 160MHz channels in the ETSI domain (Europe) will remain limited. Anyway, we certainly shouldn’t complain! The fact remains that there must be a need for it. Picking up an e-mail with a Wi-Fi connection of 9Gbps ​​is of course a bit of an overkill. And yet, due to the cleaner band and the availability of many more usable channels, higher speeds in the business market become more realistic. On the other hand, the rest of the network should also be able to handle these higher speeds. Starting with the connection of the access point itself. Will the standard PoE + deliver enough power? And crossing the boundary of 1Gbps speeds, will my network cabling and switches (or the entire network for that matter) be able to cope?

What kind of speeds are we talking about? Well… a lot! Perhaps familiar to you, the so-called MCS data rate table? It suddenly becomes a lot bigger. Take an even more complex way of sending bits and all of a sudden the Gigabits over Wi-Fi are no longer marketing, but can actually become a reality.

To be clear: it is now February 2021 and outside of consumer electronics there actually are no  enterprise products available on the market that can be used for this new standard. Of course these products will become available in the course of this year, but it is good to know that even the official announcement of the frequency area in certain countries has yet to come. That does not mean that the chipset manufacturers have not been prepared for the arrival of Wi-Fi 6E for quite some time. For example, Qualcomm has the Snapdragons and Networking Pros ready, Broadcom the BCM4389 and the rapidly emerging Celeno has also announced its CL8000. It is also expected that the iPhone 13 and the Samsung Galaxy S21 Ultra will support the 6GHz band. Intel also has an adapter ready.

Have we just gotten up to speed with a new and promising standard, the next one is already in the making. In addition to the now catchy name “802.11be”, Wi-Fi 7 is not yet the official naming, but looking at the recent trends it may be assumed that the successor to Wi-Fi 6E will be called just that.  It’s still too early to share what this successor will bring. It is clear, however, that more speed, more simultaneous clients and higher efficiency will be targeted. While Wi-Fi 6E still supports up to 160MHz channels, Wi-Fi 7 promises – channel widths up to 320MHz. A few more technical terms then? 16 spatial streams. 4096QAM. CMU-MIMO.

Let me explain that (webinar)

Well, very interesting all those terms and technology, but undoubtedly difficult to comprehend. That’s why we have just held af webinar that explained the details of Wi-Fi 6E. And a very short sneak preview on Wi-Fi 7.

The recording is on it’s way – be sure to watch it if you want to know more about this subject.

It does get a bit technical at some points, so some prior knowledge of Wi-Fi is useful. Of course it is not a requirement and more explanation can always be given afterwards.

What will the future bring for enterprise Wi-Fi? Join our webinar and learn about the key developments you should follow and find out the benefits...
Read more 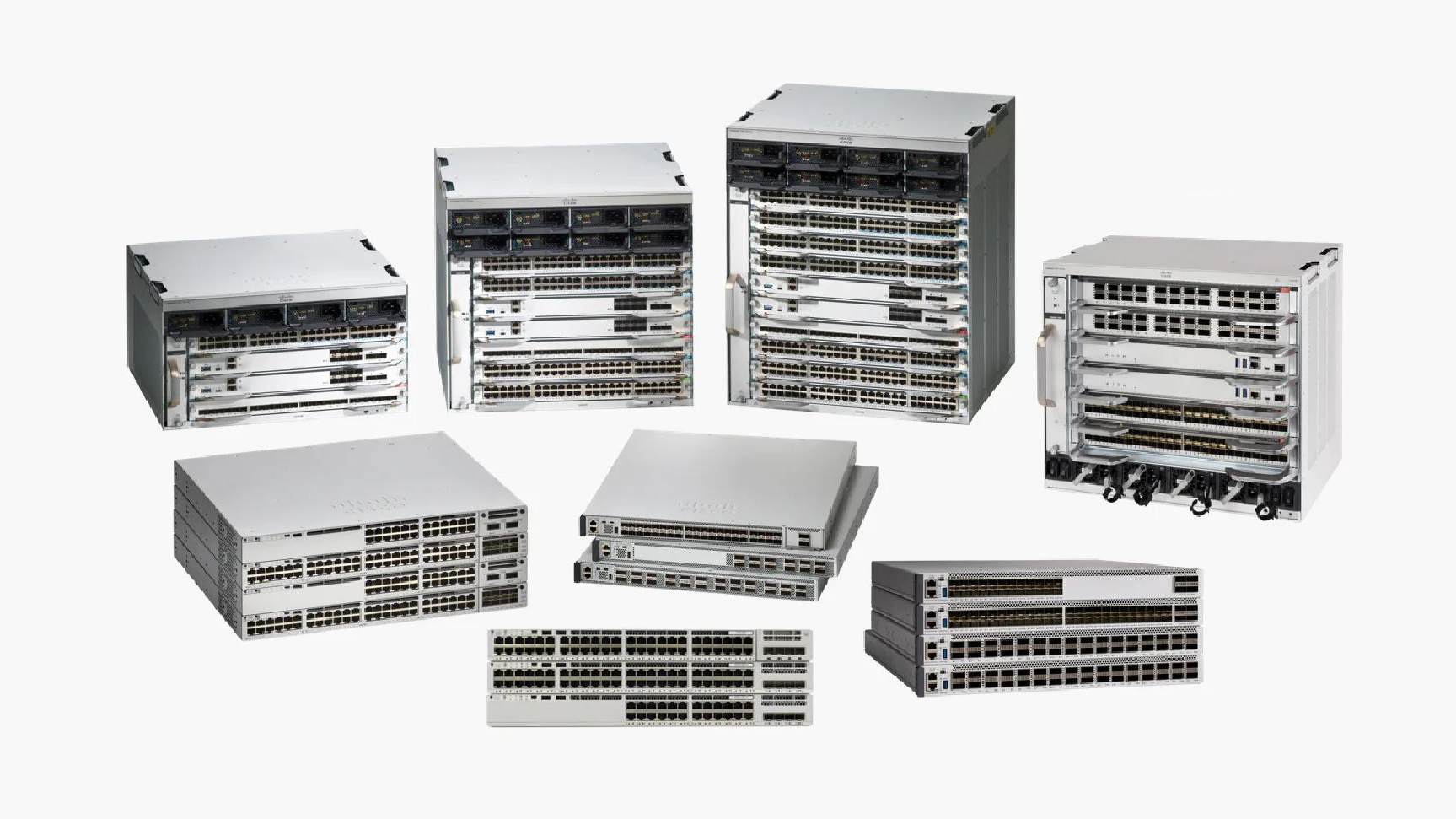 Cisco Catalyst: One Gear to Rule the Next-Gen Enterprise Networks

View our Cisco Catalyst free webinar and learn why it is one of the best switch choices for building next-generation enterprise networks.   Cisco Catalyst...
Read more

WiFi 6 – Your guide to the new wireless standard

The trend is to have more and more wireless, both in our homes and in our offices. The demands on speed, availability, and stability are...
Read more

With more than 100 stores nationwide, Sportmaster is the biggest sports retailer in Denmark. The retailer is experiencing growth and seeing a significant shift from...
Read more
Find more in our Knowledge Library